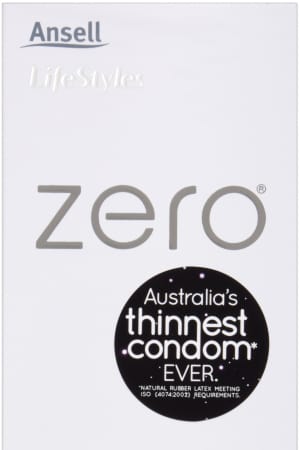 A provocative Ansell condom ad placed outside a Catholic primary school in Brisbane has been pulled down following a complaint from the Australian Christian Lobby.

The ad depicts a nude couple covered by body paint in a "sexualised" embrace. The ad is for Ansell's Zero range.

Wendy Francis from the Australian Christian Lobby spotted the ad on a bus shelter yesterday outside St. Ambrose, a Catholic primary school. She approached the school administration and was informed students used the shelter in the afternoon.

Francis told AdNews she contacted Adshel who pledged to take down the ad before the end of the day. Francis she said she drove past the spot two hours later and the ad had been removed.

Francis said: "It's a totally inappropriate placement, we owe our children more than this. Condom advertising is inappropriate for outdoor. They should be aimed only at adults and we shouldn't want primary school children to even think about condoms."

The ad was created by STW-owned agency Spinach Advertising who was appointed to the account two months ago. The agency declined to comment on the incident and said it was a media placement issue. Mitchell & Partners handles media buying for Ansell.

Francis and Adshel were embroiled in another controversy earlier this year when the outdoor media company took down a safe sex ad featuring a gay couple. Francis and Australian Christian Lobby had orchestrated a complaints campaign against the ad which led to Adshel removing the campaign.

A national backlash on social and mainstream media led to Adshel reinstating the campaign and extending the campaign for a further two weeks for free. Adshel and Ansell had not returned requests for comment at the time of publication.