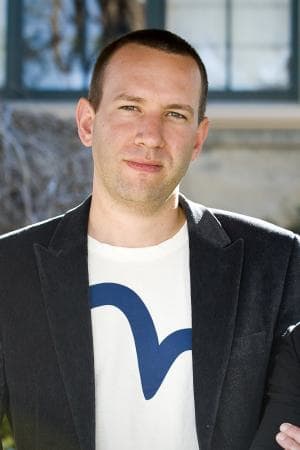 The advertising industry is “institutionally” sexist. Not much new there but still an issue that plagues the industry, and one that generated heated debate at the first SheSays networking event of 2014.

The SheSays Panel of Power event, hosted at UM Sydney, explored how women in the industry can achieve success, rise to the top and tackle the misconception that to be powerful, a woman has to be a bitch.

Speaking as the lone male on the panel of industry speakers, UM CEO Mat Baxter told the audience of mostly female advertising, media and marketing execs that the industry is “institutionally” sexist, and there remains a genuine perception that exists that a woman in power has slept her way to the top.

Just 6% of the ASX 200 CEOs are women and the advertising industry follows the same pattern. The only way to tackle the lack of women in senior roles is at a company level, according to Baxter.

There’s an initiative forming of male CEOs of blue-chip companies who have committed to tackling the issue and Baxter urged women in the industry to put the challenge to their organisation and ask their employers how they are addressing it.

“Industry bodies get involved, which is fine but they can’t solve it, it has to be done company by company. The governance, policy and HR is done at a company level – an industry body will never be able to regulate or push its views. It’s tough to get alignment at an industry level. So it has to be individual companies and CEOs taking it on. Individual companies need to step up and there needs to be less industry talk and more company talk to effect change.”

Over the course of a lifetime, a man will earn $1 million more than his female counterpart, according to Marie Claire editor Anna Saunders, who also spoke at the event, and there remains a 17.1% pay gap between men and women doing the same job in Australia. Women should hold their employees to account over it, said Baxter.

“Go back to your companies and ask. Women represent an enormous muscle in the commercial infrastructure, but there has to be a moment where women hold businesses to account. Demand an explanation why Rob in account management is earning more than you for the same job. It doesn’t have to be aggressive, just raise the question.”

Anna Karena, creative director at Lavender agrees that the industry is sexist, but that it’s not “intentionally so”. There is a lot of “blokishness” in advertising, she says and to get ahead, women in the industry must find their own way to manage that and push forward to overcome “roadblocks”.

“You have to learn how to push, and push shamelessly,” she said. “You won’t get pushed up the ladder by your accolades and your achievements alone.”

Karena added though, that the root cause of the sexism in advertising, like all other industries, comes from government provision of childcare resources and the ease of women being able to leave and re-enter the workplace after having children.

SheSays is a global networking organisation for women in the creative and marketing businesses.